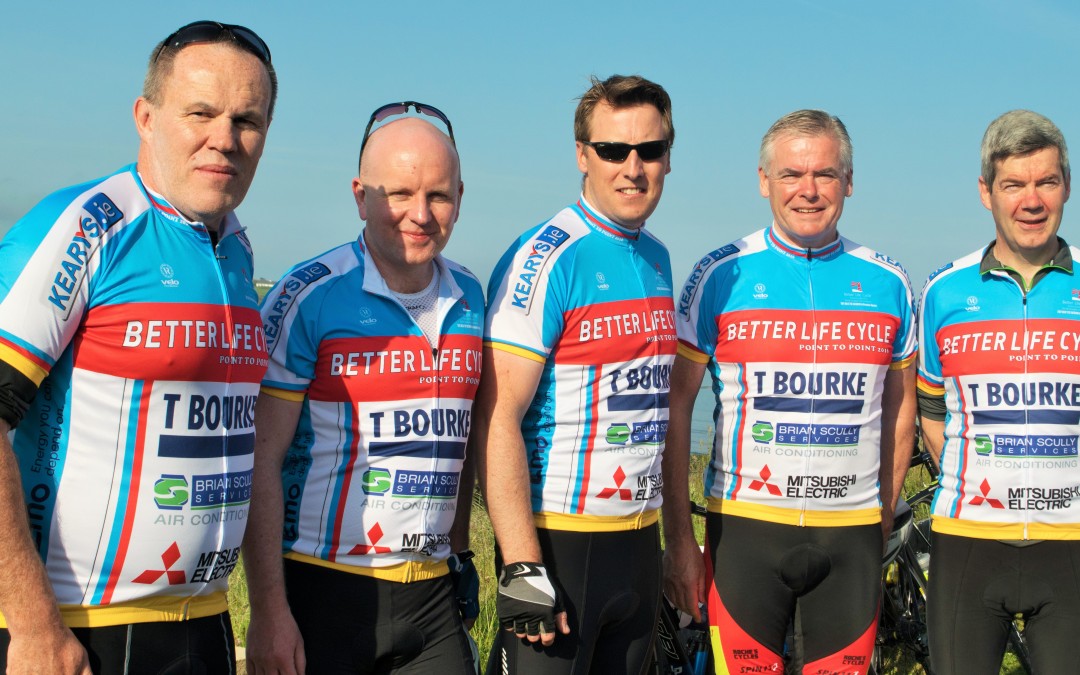 T Bourke are delighted to support the Better Life Charity cycle which took place in Spanish Point in County Clare on Saturday of the June Bank holiday weekend. Over 120 cyclists gathered at the Bellbridge House Hotel for the 8.30am start. This annual event took cyclists through some of the most spectacular scenery of the wild Atlantic way with routes of 100 and 170km available to the cyclists. In a different format to most sportives, cyclists were grouped by ability and started in groups of 20. This allowed for faster average speeds and safer cycling. All groups stopped at one of two food stops in Corofin before splitting up into separate groups for the return trip back to Spanish point. Weather on the day was fantastic with spectacular views out to the Aran Islands and some superb west Clare scenery. The funds raised from the event goes towards St Joseph’s Foundation in Charleville, Co Cork who provide people with disabilities the opportunity to live the life of their choice to their fullest potential. Over the last three cycles the committee have raised over €250,000. (Photos courtesy of Kay Caplice Photography)